Five steps to become as fit as an Olympian 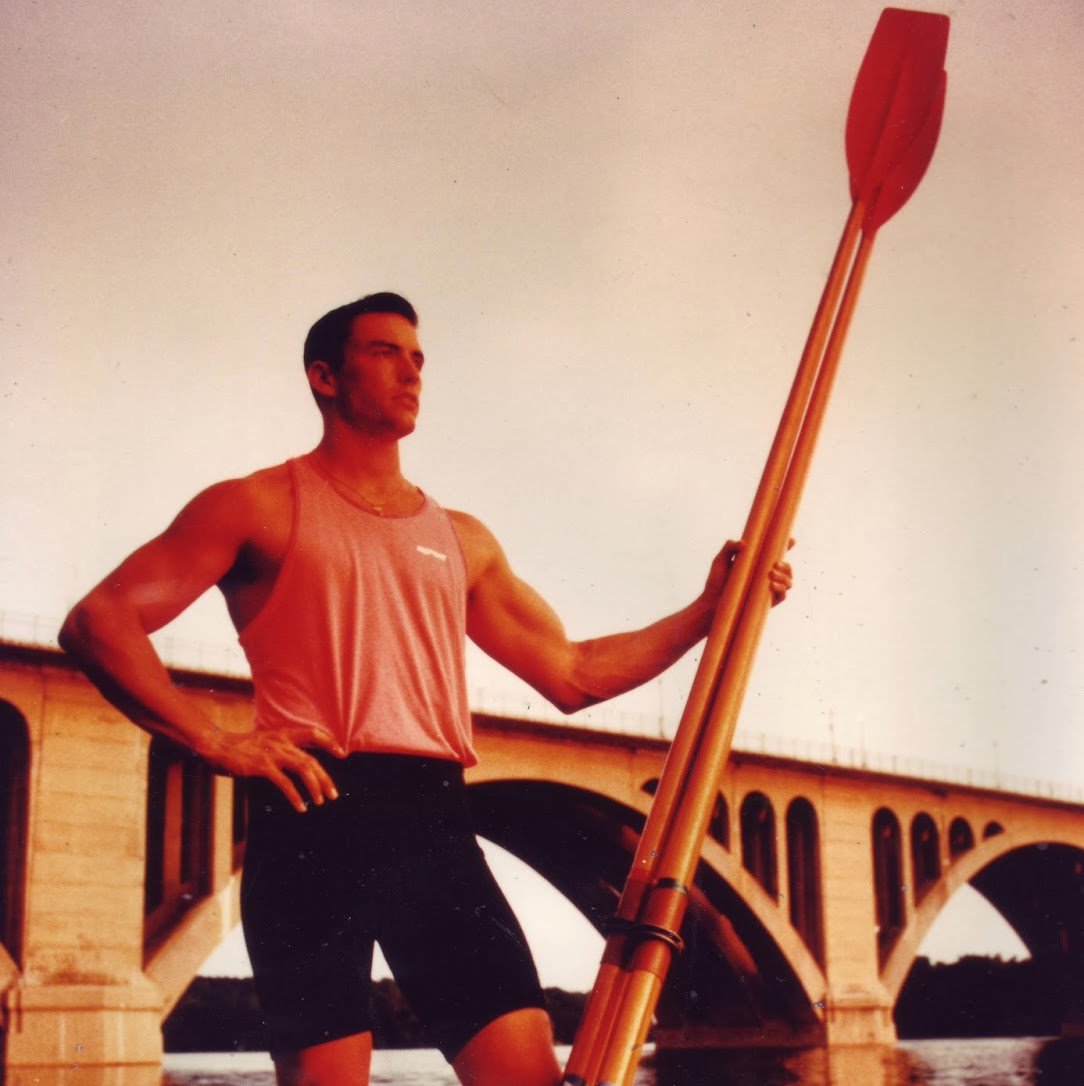 The sweat was burning my eyes and I couldn’t wipe away the sting. I pushed the back of my hand harder into my eye to try and make it stop. I couldn’t see my hand, I couldn’t see anything but bright flashes of white. My mind left the agony of my eyes to focus on the hurt that made me think my lungs were being ripped out with a giant corkscrew. My legs were shuddering. Then my conscious brain sent me a message: Two more to go.

I just finished number eight of ten pieces. I had two more to go in this workout. The Tampa heat was making these three-minute all out efforts torturous. I would have never believed I could do five of these intervals at this effort and speed even a year ago. Now I was doing twice that. It was just a month away from the Olympic trials in the Single Scull (1x) and I wasn’t going to let up for a nano-second. I had five years of Olympic training in an attempt to become the best in the world. During those endless days of pain, torment and torture I learned a lot. Most of it was about myself, and a lot of it was how to become a champion. That day in Tampa proved to me just how far I could push myself. I know you can too, if you really want it and that’s the key to becoming Olympic fit.

Here are my five best tips for becoming as fit as an Olympian, no matter what your age, genetics or sport. If you’ve never been to a national or world-class level in a sport you will shock yourself with the fitness you can achieve. I promise! So get training Tokyo is only four years away.

Push yourself way beyond what you think you can

If you are used to working out, you probably have hit plateaus in the past. 95% of the people I’ve met, coached, and trained with, never realized their full potential. You can go way further than you think! My coach while training for the Olympics, Allen Rosenberg, made sure I found the limit. He was notorious for testing his athletes. In 1993 I begged him to come out of retirement, he agreed but only after I proved to him I was mentally strong enough to ignore what my body was telling me. Like many of his athletes, he made me hold my breath until I passed out.

He asked me how far I thought I could row on the Potomac in a morning workout, the next week he made me row nearly twice as far as I estimated riding alongside me in a motor launch yelling at me; when all I wanted to do was let go of the oars and slide into the murky water to rest. I was close to vomiting; my hands were shredded like ribbons of bacon. After the workout, I didn’t say two words to him for days. The truth was, however, I gained tremendous strength realizing that no one else went out and rowed five hours non-stop like that. He knew me better than I knew myself.

Adopt a training plan based on periodization

There are seasons to training just like there are seasons in the year. A legendary Olympic coach named Tudor Bompa prepared me in my strength training – he created a system called periodization. That basically means that for 4-6 week stretches you focus on a single component of training – strength, cardio endurance, muscular endurance, explosive power, etc. Think about all the facets of your sport and what they require and then plan 4-6 week segments with a focus on one of those components. This keeps your body adapting to different stresses.

Get the best coaches you can

You’ve heard it takes 10,000 hours to get world-class at anything? That’s bullshit. I’ve proven it in multiple disciplines. The best way to accelerate your skill is get the best coaching you can find. After you get the best coaching you can, get another coach with a different philosophy. Take apart everything they teach you and put it back together to fit your body style, psychological make up and lifestyle. Paying for two or three coaches at the start of your year or season and assimilating all they teach you will have a huge impact. Observe those who are already world class, be curious and absorb everything. Open your mind to trying different things and you’ll amaze yourself with how quickly your skill improves.

Sleep, days off, rest, massage, nutrition, hydration, physical therapy, all are critical to getting better. For the first two years I was training for the Olympics I loved to work harder than everyone at the training center. This lead to back injuries, flus, and other maladies. I never took time to flush out the lactic acid, break up toxins and let my muscles rebuild.

It takes a while to learn your body but one thing is key is that most people during my era didn’t pay enough attention to nutrition. I now follow a high-fat diet and adopt periodization in diet as well as in training. Use of things like the Compex stimulation machine, foam rollers, and massage are now weekly – sometimes daily – routines.

Train your mind as much as your body

In 1994 I sat comfortably cuddled in a giant egg-shaped chair at the Olympic Training Center in Colorado Springs, CO, the chair had about a dozen speakers surrounding me. There were sounds of water, crowds yelling and then a voice guiding me through a race where I put my body through pain, suffering, and still held things together. There were many times that season my mind flashed back to the feeling of control and serenity I learned during that visualization session. We called it visualization. Now it’s called mindfulness or meditation. It’s trendy and mainstream, and it works! Learning to live in your mind what is going to happen – good, bad and indifferent, allows you to keep your cool and your game plan during any event. I created this video on how I use visualization – check it out and let me know what you think!

Those are five of the best steps you can take. I hope they get you as fit as you want to be. If you like this blog please subscribe to my weekly newsletter and share this with a friend! Happy training.