The one trait All Star-athletes, top CEOs and Navy SEALs share

Six athletes coiled abreast each other, aiming sleek Kevlar and carbon racing shells exactly down the middle of six perfectly parallel 2,000 meter long lanes. We were the six top rowers in the United States, culled from the 50 or so that made it to the 1996 Olympic trials.

The starter barked out the beginning of the starting sequence, “Attention!”

Then the world stopped turning. In a slo-mo vision straight out of an NFL Highlight reel the red flag of the starter inched up from the ground little by little, wavy billows of crimson cloth furling as the flag came up, up, up and finally stood at the end of the starter’s outstretched arm, high above his head. Carrying the entire fate of my world on when and how he moved next. All eyes were on the red flag. The international governing body rule book says the moment between the flag being raised and the word “Go” must be “a clear pause”.

The flag fluttered just enough to see four years of training, sacrifice and discipline flash through my head. Then like a .50 caliber slug with hundreds of grains of explosive rocketing it out of the muzzle the flag dropped and the started barked “Go”. 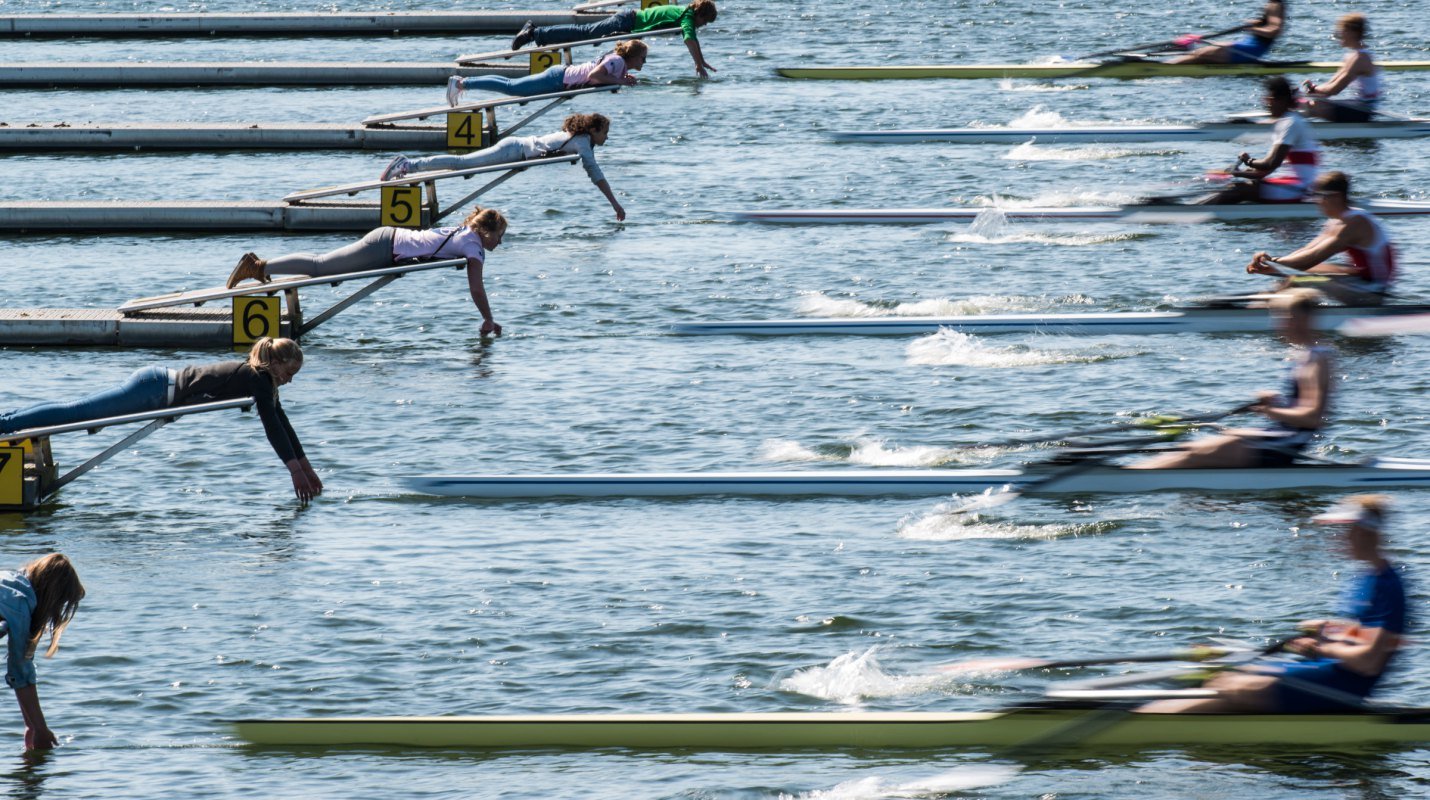 In the next 30 seconds the race exploded in a torrent of splashing water, sliding seats, bending carbon and gritting teeth. My strategy and plan gave me confidence but not victory. In that first 30 seconds I did something that I learned to do from years of training and racing; I observed what was happening, I put observations in perspective based on what I knew about myself, my competitors and the environment, I decided my next move and then…and only then…I acted. All this happened in less than a second.

Action is the key to victory in any situation.

The lack of action is brightly spotlighted in failure. We’ve all seen the quarterback, who is one beat behind the defense, get pummeled as he tries to figure out what to do with the ball. The same is true in business – we’ve witnessed companies with great ideas flounder and fail because they spent too much time analyzing a situation and going to market. There’s even a term “analysis paralysis” to describe inaction.

All star athletes, top CEOs and Special forces all win by taking action, and taking action quicker than their opponents. The key characteristic of winners is getting through a decision process. The best description I’ve ever heard for the process was created by a legendary fighter pilot, turned instructor named John Boyd. Boyd created something called the OODA loop. It describes this process perfectly.

Observe – Orient – Decide – Act (then start all over again).

In the four companies I ran as President / CEO I never felt like I acted too quickly in anything. Especially HR matters. I’ve often thought, and heard other CEOs lament, that we waited too long to fire someone.

To get ahead in your career and to make the best of any situation you have to act. Act confidently and act quickly, then you can use the information generated from your actions to re-evaluate, observe, learn and act again.