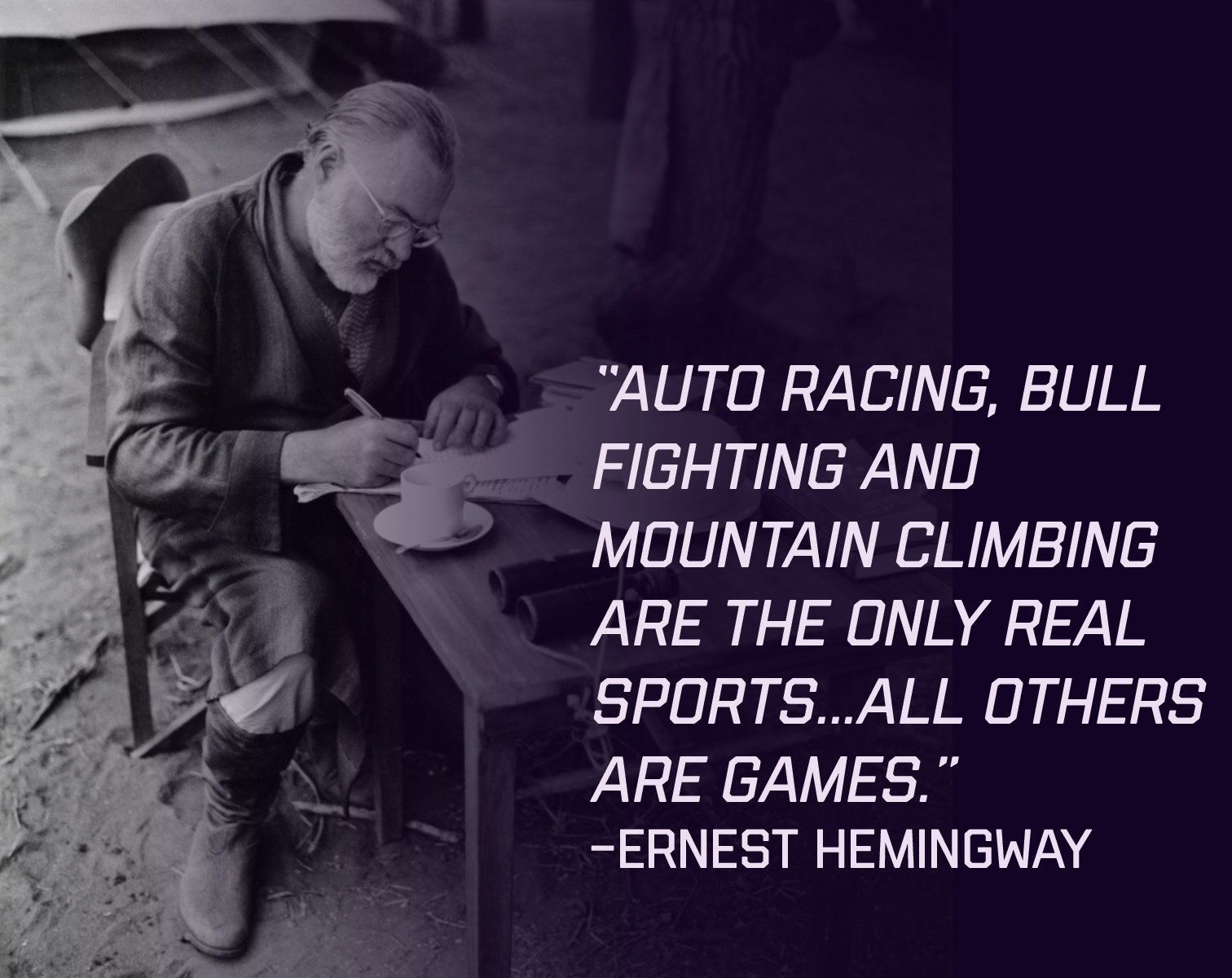 Thankfully nearly every great book has been converted to an audible format so you can do a 24 hour race and not get the same damn Miley Cyrus tune stuck in your head, gnawing away at your sanity like a carpenter ant furrowing into a fresh cut hunk of mahogany. You can listen to books, or download several to your Kindle for that 17 hour flight to Khatmandu, or just throw a paperback into your day pack and read on a warm Virginia piece of granite overlooking the Shenandoah River. No matter how you do it, reading is great for the mind and soul. Here is my list of all time favorites that you will enjoy at just about any age.

Let me know your favorites in the comments!

The River of Doubt – Teddy Roosevelt being a true adventurer at his best – nearly killed by Dengue fever and having to paddle out this uncharted river Teddy is all adventure. I then realized if you never catch the fever you’re not a real adventurer in his league. So I got it in Costa Rica in 2013 – thanks for the inspiration Teddy!

No Shortcuts to the Top– One of the USA’s biggest studs ever, a veterinarian from Seattle named Ed who climbed all 14 8,000 meter peaks without oxygen. The first American to ever do it. You’ll read it in two days at Base Camp because you won’t be able to put it down.

Buy here –> No Shortcuts to the Top: Climbing the World’s 14 Highest Peaks

Buy here –> Annapurna: The First Conquest Of An 8,000-Meter Peak

The Wright Brothers – epic story of the biggest run of failures in history that created the most exciting innovation since electricity. McCullough is as world-class an author as you get and he knows how to tell a story that mixes emotions and facts in a recipe for a page-turner.

The Last Lion Trilogy– William Manchester shows a side of history that epitomizes guts, grit and the ability to inspire. Churchill would go from sipping whiskey naked at breakfast to moving an entire kingdom to action all in a single day. A great lesson in history and being a man true to your heart. Plus all three are long enough to be a daunting goal to get through even on a three month trip to Everest.

Paths of Glory – Was George Mallory really the first man to reach the summit of Mt Everest? This fascinating biography of sorts tells the tale of Mallory’s rapid ascent in the climbing world and his attempt at the world’s highest mountain in 1924. It’s a bit of a love story, adventure tale, and enough to get you to question traditional history and an Aussie legend.

The Path Between the Seas – Yup another McCullough book. This one I bought in hardcover at the gift shop at the end of the Panama Canal. The engineering marvel is breathtaking and the story McC tells about how it happened is captivating. Another great historical read.

Buy here –> The Path Between the Seas, the creation of the Panama Canal

The Memoirs of Sherlock Holmes – this is an interval training book of curiosity. The short stories are great for short flights, or down time between climbs and they are enough to keep you thinking with imagination, curiosity and wonder.

Rogue Warrior – The explosive story of a true man’s man. Demo Dick Marcinko lived a few miles from me in Virginia. I was lucky enough to hear some of the stories of creating the Elite SEAL Team Six group first hand from some of his “plank owners”. The book does the entire epoch justice and make you realize that there still are a few John Wayne’s left in this world.

Buy here, or else –> Rogue Warrior

My Side of the Mountain – When I was a kid and wanted to run away from being teased, picked on or ignored I would go outdoors and find someplace secret to get away even if it was the local park, or behind our garage in Boston. When I read about the kid in this book, who really ran away and became friends with a falcon it made me believe anything was possible. This book was a big influence on my life, because I turned out with my head screwed on pretty straight, I think every kid should read. it.

Buy here –> My Side of the Mountain

Where the Red Fern Grows – Another great outdoor adventure for kids, plus it adds in the element of Man’s Best Friend, a bit of tragedy and learning that growth, change and good can come from what seems like a terrible disaster at the time – another must read for kids!

All Creatures Great and Small – I never knew you could go up to your elbow in a cow’s vagina until I read this book in high school. The humor, empathy and entertainment of a rural vet makes for a touching read at any age.

Let us know your favorite book, or what you thought of some of these by writing in the comments below!