Burn fat, increase energy, get smarter all before breakfast with MY adventure coffee

The woman spoke no English, but smiled unceasingly while she violated my personal space, nudging the steaming mug at me. I could only wonder about the void where her two front teeth once hung. As transfixed on the smile as I was, I soon snapped out of the trance and felt the hot mug burning my hand. As I looked down at the cup I could see oil droplets separating on top from the rest of the concoction. The shiny circles appeared to be dancing on the top of the hot liquid. Mostly out of politeness, and an unwillingness to offend my toothless hostess, I took a sip. Surprisingly, it wasn’t bad. Sweet and salty, and more floral tasting than I expected. I sipped a bit more. It was five o’clock in the morning and I was just north of Tengboche Nepal, on my way to Everest Base Camp. Through gesticulation and grunting mostly, I deciphered that I was drinking some sort of tea with the butter or cheese, or worse, from a Yak mixed in. 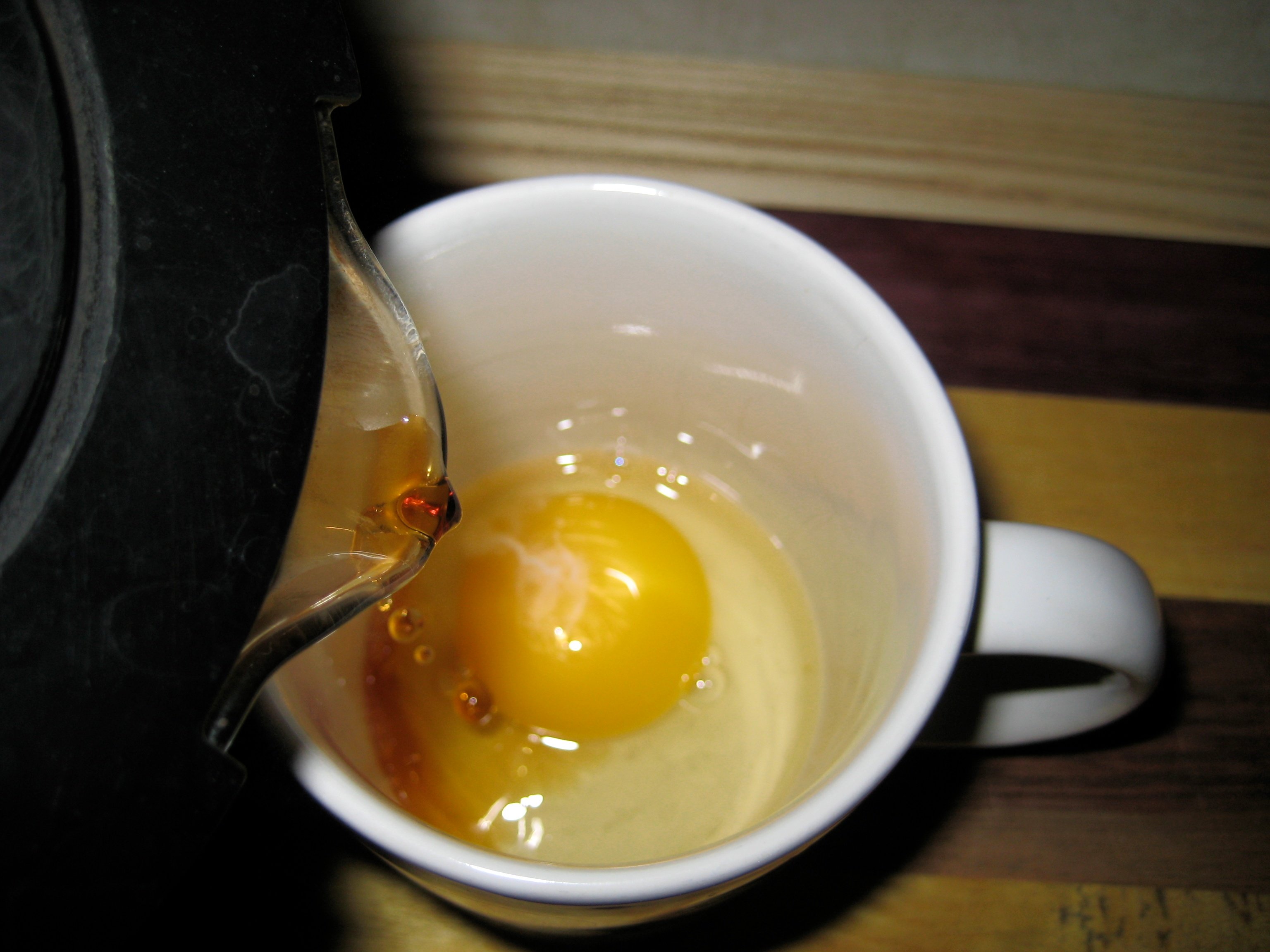 That was the first morning I became sold on the salty, oily, kick that Yak Butter tea would give me each morning. I began trying different versions in the little lodges where I slept most nights. I found my mornings sharper, more energetic and happier. Once back in Khatmandu with it’s modern conveniences (like electricity), I forgot about the Yak Butter tea. Until I came back to the US.

I read about a formerly overweight guy named Dave Asprey who created a morning starter called Bulletproof coffee. (He’s since turned it into a major league nutrition company and I we eventually connected). That’s when I decided to experiment with my own Adventure Coffee. After a few years, I’ve got it right.

The good news for you is I’m not trying to sell anything, I only want to help make your life better, so this coffee recipe is free. If you want to learn more about high fat low carb (HFLC) Ketogenic dietwatch my video intro.  No need to buy any crazy expensive supplements. There are three things that I do recommend you have though:

It’s easy to make too. I boil water and add it to three tablespoons of ground coffee in the French press. In the blender I mix:

Then I spin all of that up in the blender. Sometimes I’ll add a splash of boiling water if the butter isn’t really soft, so it mixes up well.

Then I finish the coffee. After I pour the hot water in the French press I’ll stir it with a spoon and let it sit for 5 minutes. Then I plunge it. After it’s plunged I pour the entire French press contents into the blender with the other stuff (that is already mixed up) and crank it up. Viola – nice frothy adventure coffee that is all you need most mornings for breakfast. High fat, good caffeine kick, and plenty of protein. And it tastes good too.

Let me know what you think of it!

Don’t forget to check out my speaking site if you are looking for an engaging keynote speaker or if you want more adventure advice try the Hub!

This website uses cookies to improve your experience while you navigate through the website. Out of these cookies, the cookies that are categorized as necessary are stored on your browser as they are essential for the working of basic functionalities of the website. We also use third-party cookies that help us analyze and understand how you use this website. These cookies will be stored in your browser only with your consent. You also have the option to opt-out of these cookies. But opting out of some of these cookies may have an effect on your browsing experience.
Necessary Always Enabled
Necessary cookies are absolutely essential for the website to function properly. This category only includes cookies that ensures basic functionalities and security features of the website. These cookies do not store any personal information.
Non-necessary
Any cookies that may not be particularly necessary for the website to function and is used specifically to collect user personal data via analytics, ads, other embedded contents are termed as non-necessary cookies. It is mandatory to procure user consent prior to running these cookies on your website.
SAVE & ACCEPT
×